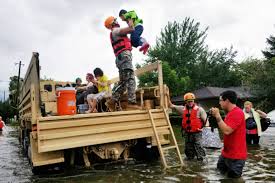 After thousands of Hurricane Harvey evacuees streamed in by the busload to Houston’s George R. Brown Convention Center, the shelter has now swelled to over double its capacity.

As of Tuesday afternoon, there were more than 100,000 people living at the convention center in

Officials are working to ensure enough cots are provided, as well as attempting to reduce the population at the convention center, Houston Mayor Sylvester Turner said in a press conference Tuesday evening.

The Toyota Center will be used as an additional shelter to help ease the number of people at the convention center, Turner said. Residents seeking shelter will need to go through the George R. Brown Convention Center first, though, Turner said.

Even though the conditions are imperfect, those inside are safe, dry and more, importantly, out of the danger zone.

The relocation comes after Hurricane Harvey, which has since been downgraded to a tropical storm, tore through the Houston area this weekend, causing at least nine deaths, forcing evacuations and wiping out homes. The National Weather Service deemed the flooding “epic and catastrophic” and Texas Gov. Greg Abbot said the aftermath of Harvey will likely be “horrific” and leave behind a mess that will “take years” to rebuild.

Some evacuees sheltering at the convention center, which is among the 10 largest in the United States, told ABC News they lost everything. At times there are long lines of people arriving at the shelter, tired, waterlogged and some still in shock.

The convention space has electricity and warm water, an emergency room and a large food station serving warm meals.

Responding to disasters is increasingly a priority for national service programs, and often these disaster response and relief roles have limited connection (if any) to participants’ primary roles; they may even be far from their host community. Before national service participants are expected to handle these new disaster-related responsibilities, they must be prepared for situations that they wouldn’t normally encounter in their non-disaster assignments. This practice offers essential tips to fully engage participants in these new roles.

Adequately preparing volunteers for assignments that will take them to disaster settings may require a completely different kind of preparation and training than program managers are accustomed to. 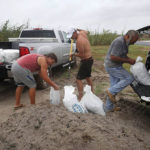 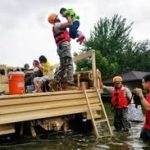 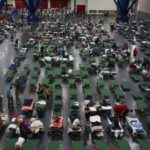 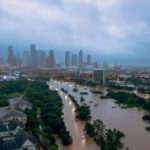 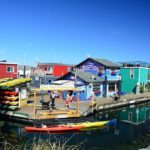